Architect Tomáš Prouza (D3A): Many clients know exactly what they want these days

Architect Tomáš Prouza is a leading figure in the D3A studio, which has been operating for three decades and to a great extent is responsible for the current look of Smíchov as well as designing award-winning interior projects, including the winner of the Meeting Room of the Year. We wondered how banks differ from IT companies and why there are not buildings in blocks being constructed in Prague these days when they work so well in Smíchov.

The J&T meeting room, designed by you, won the CBRE Meeting Room of the Year. What was exceptional about this project?

It was strange that it ever came into fruition. We recently did the large Rustonka development for J & T Bank, but we disagreed on the project because we stood by the old boiler house, which we wanted to keep, and we refused to design an alternative without it. So, we were surprised that J & T Bank rang us back up after a while wanting us to design an entrance hall, which we did, as well as a conference room and an atrium.

We usually try to do the whole building, ideally from beginning to end, from the urban planning phase, for example. When a client wants to do an interior we love doing it for them because we think it’s part of our job. We don’t accept it when someone has a family house designed for them, for example, and then has interior designers come and do the interior. We prefer to do the job from the start to end.

For which clients did you do the whole building, and for whom did you only do the interior?

At Seznam.cz, for example, we were lucky that we could do the whole concept and the interior. The opposite case was with Socialbakers at the Forum in Karlin, where we had concrete floors and beams exposed on two floors with a wide staircase and placed containers there. Although this is trendy, we wanted to overdo it a bit in these spaces, and we surprisingly like it. But this was an exceptional case; we don’t want to do “attractive” offices with a slide between the floors or palm trees and hammocks. If someone approached us with an old factory and wants to build something there, we’d be pleased.

For many people banks are synonymous with a stuffy old corporation; you also have experience with the headquarters for Seznam.cz and Socialbakers. Are there really differences between these clients, or is your experience different?

There are big differences. Banks try to create alternative spaces, which they base their identity on. For other companies, it’s often not important. Then there are trendy companies like Google or Microsoft, which are trying to insert something else into their company, and it seems to us that it is based on a trend, and it’s sometimes a bit artificial. They want to present themselves as being free and easy or alternative. On the contrary, we really liked the fact that Socialbakers are not primarily presenting themselves to the public. They know how to enjoy the space because they have a very young and international team and they are really lying in the Fatboy with a computer.

Some designers maintain that companies primarily focus on spaces that clients visit when improving their office environment, and rarely think about their employees first. Have you also had this experience? 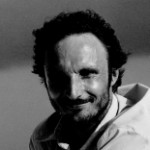 I wouldn’t accuse companies of intentionally not designing their spaces mainly for employees. But employees often just don’t know what they want - someone grumbles about trendy open spaces and would prefer to be holed up somewhere where there is not much light. It’s very individual and everyone wants something different, but there is the danger of anxiety when a lot of people are holed up in one place. To a great extent it’s about how much remaining space there is, of which there’s a lot at Socialbakers, because they have more space than it would appear the employees need.

Your D3A studio has been operating since the mid-80s. What has been the biggest change in what your clients want over the years?

Perhaps clients are more familiar with how things should be in some respects. In the 80s, Czech investors had no idea, while the Austrians were very experienced. When we did the Nový Smíchov shopping centre, we worked with people for whom it was their bread and butter - they did it all over the world and knew exactly what they wanted. Today, clients are often confused about what they want in our country.

You were engaged in Smíchov from the urban planning phase. Gradually, it has become one of the technological centres of contemporary Prague, similarly to Karlín. What qualities do places like these need to have?

There are two views on this. Karlín is nice in that it has an old part, but if we are talking about the new Karlín that has sprung up along the river, we don’t consider it a city. It will never be what Smíchov is; it makes a big difference in terms of scale, which is important for a city. We do one block, while they have one house.

But Smíchov has a huge advantage: it is a mix of all functions, where people live, work, go for evening fun, to the pub, there are 2 cinemas and offices as well. It’s a very busy place.

It is important to look at its history. When we came to Smíchov, UBM developers wanted to build one large building, but we persisted in getting it divided into smaller houses that were built in stages. They later told us that it was a great concept, as we could adapt the smaller plots to meet changes in the market, and for them it was also a great financial success. I think it resulted in pretty good architecture, which doesn’t have many parallels in Prague that is built based on an old block diagram system and this is proof that it works.

Why aren’t they doing it anymore? There is a new development in Karlín that looks like a mono-block, Rustonka will be the same - they look like a new Libeň or Waltrovka.

First, regulations are a problem, the well-known problem with the building lighting, which is alwaysan issue with blocks, so it's difficult. For example in Germany, these parameters do not exist, leaving it to the judgment of people, you don’t need to have a sunny apartment, when you go there only in the evening. Then there are other building parameters such as the distance, which under the current rules would be hard to build Vinohrady or the Old Town.

But there is a glimmer of hope. We are working on a project further south in Smíchov for the Sekyra Group with a group of architects, where blocks are divided into blocks of 3-4 houses. It’s in its design phase now and we hope it goes well and we can show that it’s possible. Of course, blocks can’t be everywhere, they can be split up in some places or an individual issue somewhere else, but there has to be a chance to create a lively city.

Architect Tomáš Prouza (D3A): Many clients know exactly what they want these days