The decision to expand production also meant the company had to partly abandon the industrial hall in Prague and find a more suitable, modern and bigger industrial complex into which it could relocate production.

We had to take our employees into account. That is why the key and crucial criterion concerning the new industrial hall was for it to be located in the close vicinity of our old hall, which we had not far from Ústí and Labem. Another very important criterion was for our new production complex to be close to the highway D8, which connects Prague with the German city of Dresden.

OP Tiger approached CBRE and assigned its experts a task to find the most suitable location for the new production complex. This was not the easiest of assignments when taking into consideration the status quo of the commercial real estate business in the Czech Republic. 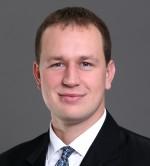 The Ústí nad Labem Region is currently in high demand of production companies. The workforce is more affordable, logistics infrastructure is of high quality and the German market and other production firms are in close proximity – these are the three main qualities production companies find attractive about the region. Therefore, finding industrial real estate that would meet the demands of our client was not easy. However, in the end we did manage to find an ideal industrial complex for OP Tiger – CTPark Ústí and Labem.

The project would not have been successfully completed, if it weren’t for the flexibility and responsiveness of the CTP company, which managed to fulfil all key demands of OP Tigre during the construction process. The main demand concerned the expansion of the area needed for the production complex – the original demand grew from 3 500 m2 to 10 000 m2.

Finding a solution which will meet our client’s expectations and serve our client’s needs for the upcoming months and years is paramount to us. We do all we can - within the limits set by the location - to make the future tenant happy and content.