CBRE: THE CZECH REPUBLIC IS THE 11TH MOST ATTRACTIVE COUNTRY FOR RETAILERS 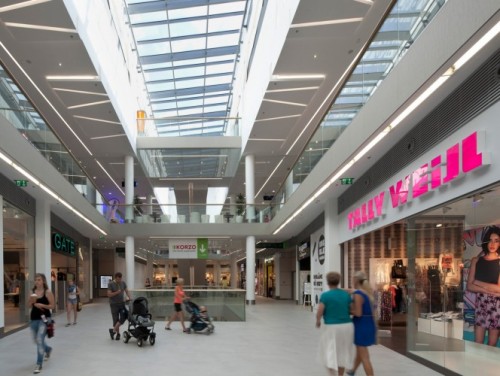 E, the global leader in commercial real estate services, the Czech Republic is the 11th most attractive country for retailers in Europe and the 17th most attractive worldwide. Germany is the most popular retail market in terms of both the European and global context with retailers valuing locally developed markets with strong economy foundations.

“European markets are generally popular among international brands. The Czech Republic and Poland represent the most sought after retail destinations in Central and Eastern Europe. More companies are interested in expanding to the Czech market than to markets in Scandinavia, Ireland or Portugal, for instance.”

The Czech market is saturated and offers retailers high quality retail space. Most retailers open their first shop in Prague and gradually expand into the regions, to Brno, for instance. Prague offers not only modern retail areas in established shopping centres, but also has the most developed “high street” in Central and Eastern Europe. Palladium shopping centre combines these two aspects – a modern shopping centre in the centre of the city located at the heart of the “high street” zone.The retail market in the Czech Republic offers foreign brands several interesting possibilities for entry and subsequent expansion.

“The majority of countries ranked in the table ahead of the Czech Republic offer retailers a much larger market. Besides the capital cities, they have several other large cities in the regions which have a large purchasing power and a high offer of modern retail space. 11th place is a great success for the Czech Republic, where there is a smaller market and where modern retail spaces began to emerge much later than in developed Western countries,” adds Tomáš Beránek.

Where the retailers come from

The most active retailers planning to expand abroad originate from Germany, Great Britain, the USA and Italy. “Based on the study of new brands appearing on the retail market in the Czech Republic over the past 5 years, we can confirm this trend even here,” says Tomáš Beránek.

47% of European retailers want to clearly focus on Germany. In contrast, 43% of American brands want to enter the Japanese, Chinese and Hong Kong markets.

CBRE: THE CZECH REPUBLIC IS THE 11TH MOST ATTRACTIVE COUNTRY FOR RETAILERS