One of the new pieces of news from the CBRE Meeting Room of the Year competition has been revealed. The chairwoman of the jury will be the world-famous architect and designer Eva Jiřičná. She is joined in the jury by Taťána le Moigne from Google, who won one of the categories last year in the competition and Petr Šimůnek, the editor-in-chief of Forbes magazine. 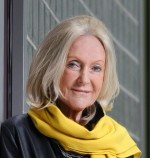 answers Eva Jiřičná why she decided to join the jury.
„
“

„We are very proud that Eva Jiřičná became the chairwoman of the jury. She is certainly worldwide significant personality which will bring to the competition new insight,“

says Petra Lávičková, Head of Corporate Marketing & PR, CBRE, which is the promoter and organizer of the competition.
„

Eva Jiřičná has been working and living in London for more than 45 years, where she established her own studio – Eva Jiřičná Architects Limited. She also has a studio in Prague, Al – DESIGN. Eva Jiřičná has earned awards for her personal approach in the fields of Architecture and Design – she has been awarded the title Royal Designer for Industry, the Order of the British Empire for design, was elected a fellow at the Royal Academy of the Arts and listed in the American Hall of Fame. She has been awarded honourable doctorates at several universities. She was elected chairwoman of the Architectural Association in London (more information here).

In the second year of the CBRE Meeting Room of the Year project, companies can enter and nominate their inspiring working environments until 30 October 2015. Winners will be made known in February next year. The award for the best meeting room in 2014 was taken by Google. 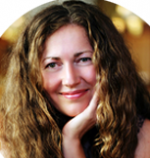 “Last year we demonstrated to the professional jury that the best working environment must support creativity, innovative thinking and active cooperation. When the offer came this year to sit on the jury that will judge the companies that have joined the competition, I was happy to accept it. I believe that this competition opens up fantastic opportunity for other companies, which can enter their premises and present their corporate culture,”

“How companies live”, which is the motto of the competition, allows companies to enter in individual categories: Meeting Room of the Year, The office as the DNA of the Company, The Most Attractive Working Environment and A healthy office. They can also win an award from our general partner, Skanska- Future-proof innovative offices. 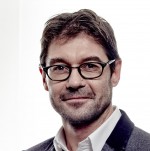 “We all have the same objective in the competition for the best meeting room - promoting a positive and pleasant working environment and showing the public, both lay persons and professionals, how such an environment actually looks and what it brings the companies and their people. We believe that the competition has already become an inspiration for many companies that have not yet have not worked with a well though-out concept of their working environment,” 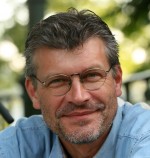 "The first annual competition was a new and interesting experience for the judge as well as by the participants. I was surprised by how much creativity is hidden behind the names of companies or firms, which took me for surprise. In the next competition I will personally pay great attention to what is closest to my field- gastronomy, as in the inception phase of the “meeting room” it was thought that, in addition to discussions, presentations or work we also have to eat (even just a small snack), and also drink beverages ranging from coffee to the soft drinks or high-quality water,"

says Pavel Maurer (Grand Restaurant) who positively evaluates his experience from the previous year of the competition.
„
About CBRE