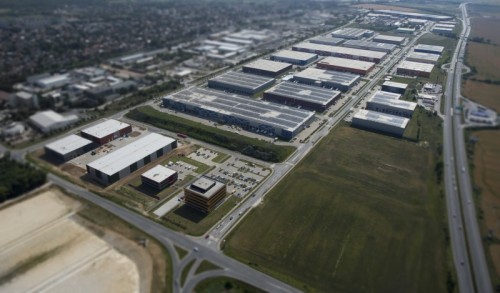 About the Industrial Research Forum

The Industrial Research Forum is pleased to announce the preliminary Industrial Market figures for Q4 2014.

The strong supply of industrial space to the Czech market continued also in the last quarter of 2014. Although new supply decreased compared to Q2 and Q3, another 75,400 sq m comprising six new halls was delivered to the market in Q4. As a result, the total developer-led industrial stock in the country increased to 4,884,000 sq m. It is worth noting that there is no vacant space available within the buildings completed during Q4 2014.

For the entire 2014, new supply reached almost 354,100 sq m which is 32% stronger year on year and 67% higher than 2012 levels. These figures make 2014 the strongest year, in supply terms, in the post-crisis period. The market is still driven by non-speculative construction, although the number of speculatively built premises is increasing. Out of all the premises delivered in 2014, approximately 87% were leased prior to completion.

The largest volume of space completed in 2014 was delivered in the Greater Prague region, comprising 125,600 sq m and accounted for 35% of all delivered space in 2014. Another 60,700 sq m of industrial space was completed in the Central Bohemian region. The third and fourth largest shares of premises were delivered in the Plzeň and South Moravian regions, amounting to 55,500 sq m and 48,400 sq m respectively.

The major newly built projects completed throughout the last quarter include: an additional warehouse in P3 Prague D8 (39,200 sq m) fully let to VF Corporation, and a refurbishment for Grammer in CTPark Žatec, comprising 22,000 sq m of industrial space. Other smaller industrial units were completed by CTP Invest in their parks in Nový Jičín, Brno-Modřice and Plzeň, altogether amounting to 11,400 sq m.

According to the data gathered by the Industrial Research Forum, the total volume of industrial space under active construction in the Czech Republic during Q4 2014 increased by more than 100,000 sq m to over 331,500 sq m. Almost 14% of the projects are being built on a speculative basis. In Q4 2014, construction works started on ten projects, with a combined size of 180,000 sq m. Less than 3% of this newly commenced space remains available for lease.

Since the construction of a new industrial space with all necessary permits typically takes 6-9 months, the Industrial Research Forum expects that all buildings, where construction is already under way, will be delivered in 2015. For the same reason, other buildings with construction commencing in Q1 or Q2 could also be delivered by the end of 2015. Due to the consequences mentioned above, we expect that 2015 will exceed the 2014 results in terms of new supply. Moreover, the 5 million sq m stock level should be exceeded in the first half of 2015 according to IRF data. The largest project currently under construction is a new warehouse for Amazon which is being built near to Prague Airport and will comprise ca. 100,000 sq m. The biggest project to commence construction in Q4 2014 was a new warehouse in CTPark Bor for Primark (51,900 sq m).

Further market data including take-up and vacancy will be published by the Industrial Research Forum in two weeks’ time.