The industrial zone developer Panattoni is building a fulfillment centre for Real Digital on the premises of former Cheb engineering works. The German online shop has confirmed that this is one of its most important investments. The first project in new Panattoni Park Cheb South is the largest rental transaction of the second quarter in the Czech market. The 27,000 sqm building will feature a variety of technologies. The construction has now reached the stage of completion of the shell construction.

Real Digital operates one of the largest online shops in Germany. The company has branches in Cologne, Düsseldorf, Darmstadt and Mönchengladbach. The product range includes over 15 million products in over 5,000 categories. The new fulfillment centre in Panattoni Park Cheb South will offer 600 metres of conveyor belts and a three-storey pick-up tower, which is a multi-storey rack system used in large distribution centres.

“Real Digital chose Cheb, among other things, because no arable land or open countryside is occupied thanks to the revitalization of brownfield. Both companies have sustainable development in their DNA. The goal is the certification BREAAM 2016 OUTSANDING. However, no less important was the strategic location near the German border and land readiness with guaranteed timing. The project is really detailed – we have negotiated about its form with Real Digital for a year and a half,” says Pavel Sovička, Panattoni Europe’s Managing Director for the Czech Republic and Slovakia. 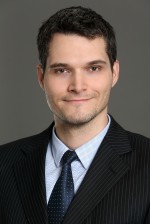 Real Digital is another key tenant that CBRE has attracted to Cheb. It was confirmed that this is one of the most attractive locations near the German border. Moreover, it is a project that combines all the benefits of brownfield development. The old ecological burden will be eliminated, the new building meets the strict requirements of the BREEAM certification and all this with zero takeover of agricultural land.

The end of the year was in a rush in the field of investment in commercial real estate and confirmed both the dominance of Prague and Czech investors
Transaction volume in commercial real estate in 2020 will reach in the Czech Republic €3 billion
CBRE held a charity Christmas baking sale, raising CZK 62,000 for Early care Diakonia.
Adient opened a new development and innovations center in Strakonice
CBRE Proptech Index 2019: how developed are office buildings in CEE in terms of technologies?
Booking.com opens new offices on Na Příkopě street in Prague