Investment into CEE on course for historic high in 2017

Investment into Central and Eastern European (CEE) commercial real estate is set to reach an all-time record high in 2017.

In the past 12 months, EUR 12.2 bln was invested by investors into core-CEE markets, reaching a new peak for the four rolling quarters.

Momentum is expected to continue in 2017 as investors perceive the CEE region as an investment market offering strong economic fundamentals and an attractive yield gap to Western European markets. 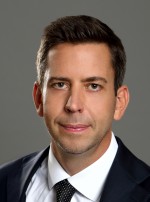 The unprecedented volume of capital targeting CEE is a testament to the strong economic fundamentals and growth of the region. As competition for prime assets heats up we expect investors to be more aggressive on secondary property in the core markets while taking another serious look at markets offering a greater yield advantage such as Hungary, Slovakia and Romania. Russia will also benefit as the economy stabilizes and risk is out of the currency.

As most uncertainty is now out of the Polish market core money is finding its way back and Poland is expected to have a strong second half of the year following a slow start.

Investors have found their way back to the Hungarian market in a big way with almost EUR 500mln transacted in Q1 2017. The full year of 2017 is expected to be the strongest year ever. Yields will continue to compress across sectors making it the market with the most significant yield movement.

The Slovak market is on the radar of investors looking for yield as competition for assets is becoming fiercer in the Czech Republic.

After two quarters of dominance of investment in the office sector, the most attractive asset type in Q1 2017 proved to be the retail sector accounting for almost €1.4 billion in total – with a multitude of prime assets trading. Retail is expected to be the most popular asset class for the full year of 2017.

Investment into CEE on course for historic high in 2017