Czech retail market is doing well, the country is stable and remains attractive for foreign brands, CBRE’s research shows. It also reveals statistics on how many new brands entered the Czech Republic and how many closed shops during the past five years.

The country is a very popular destination for foreign companies. More than 120 new brands entered the market during the past five years, while only twenty left. That’s an insignificant figure considering there are several thousand brands in the country. It’s proof that the Czech retail market is in a very good shape. 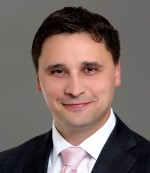 Among successful brands that came to the Czech Republic in the past five years are Flying Tiger Copenhagen or Superdry, who established their flagship shops in Prague. Today, Flying Tiger Copenhagen has as many as seventeen and Superdry six shops in the Czech Republic. The same applies to Tous, which entered the market three years ago and became a new star among top jewellery concepts. The brand now operates twelve shops across the country.

There’s one key factor that affects new brands’ coming to the Czech Republic: how many and which type of retail projects — shopping malls or outlet centres — are opened in the given year. For example, in 2017, Prague’s Chodov shopping centre was extended, having lured as many as 24 new brands. That’s why 2017 showed a 63% increase of new brands compared to 2016.

Last year, 29 new brands entered the country — which is 26% less than 2017, but no new big shopping centre opened in 2018. Among the new players are Valentino, Fresh Corner, My Brand, Christian Louboutin, Lilou or Starbucks Reserve to name but a few.

How many brands left Czech Republic? Five in 2018 (all of them were fashion brands: two middle range fashion class and three luxury), in 2017 two and in 2016 one brand. Yet 2018 was the second strongest in the past five years from this point of view.

We’re seeing a dramatic increase in gastronomy the second year in a row. Last year, this area had a 21% share of new brands; also in 2017 the share was a two-digit number. In the long run, the greatest deal is represented by luxury and business fashion (31% in 2018) and the mid-range fashion (28% in 2018). This trend follows the lifestyle of people mainly in big cities and it shows the good shape of the Czech economy: people have more money and they’re willing to spend it.

The number of premium brands on the outskirts of Prague was upped in 2018 — mainly thanks to the newly opened Premium Outlet Prague Airport outlet centre in Tuchoměřice near the Prague airport.

In the long run, most companies entering the Czech market are international chains that are very popular among Czech customers; they keep on growing year by year. The highest Prime Rent has upped by the inflation to EUR 230 per square metre per month on high streets during the past year, while in shopping centres the increase was almost 4% to EUR 140 per square metre per month.