Did you know that…

… tomorrow we are celebrating the 44th anniversary of...the bar code!

Celebrate this day with us as we commemorate the first beep at the check-out, which we hear more than five billion times a day now in more than 150 countries around the world!

A revolution in retail. This means the first scan of the barcode that we are commemorating tomorrow was on 24 June 1974, in the American city of Troy, Ohio, where Sharon Buchanan scanned a 10-pack of Wrigley Juicy Fruit chewing gum at the cash register at the Marsh Super Market. The order was clear. Scan it with the unique newly developed Universal Product Code (UPC) Symbol by IBM. Sharon scanned the product through the cash register thus removing the need to enter $ 0.67 manually because it is included in the barcode. The pack of Wrigley chewing gum became the first product to be automatically decoded with a UPC code at a cash register and its price increased several times with the barcode revolution.

A UPC code otherwise known as an EAN code or barcode (GS1) is nowadays really considered a major turning point in retail; finding any product without a barcode means that such a product is not for sale. Not only do UPC codes contain information about the price these days, but they also contain information about the date of consumption. Barcodes also supported the rise in warehouse management, which had been previously driven only by human power, and inventory could not be tracked easily and especially automatically tracked. Today, thanks to the barcode, it is possible to find out the products path from the manufacturer or its assembly. And all of it at home in peace and quiet with mobile applications that read, for example, QR codes.

Barcodes have also met success in other fields, such as health care or agriculture. After the first beep in Ohio, Barcodes also entered the market of the Czechoslovak Socialist Republic after a few years, where export goods were marked by barcodes based on the demands of Western customers, noted Jaroslav Camplík, the Export Manager at the National Chocolate Factory. He was also the president of the Czech Organization of EAN Codes, EAN of the Czech Republic and EAN Slovakia at their founding. After the market was opened up in the 1990s, there was a boom in barcodes that we have seen till today, mainly thanks to the expansion of retail chains to Czech retail, particularly from the West.

The first GS1 barcode was launched a revolution in retailing around the world 40 years ago. We will see how retail in this field looks in another 43 years. 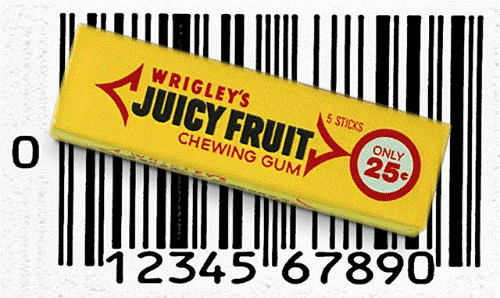 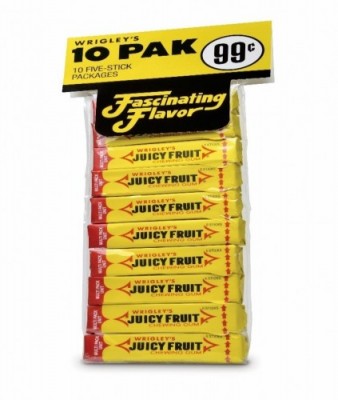 Note:
These days, GS1 is an integrated set of standards for identifying products, devices, services and business partners and for communicating between them.