The fourth-annual CBRE Meeting Room of the Year is here! Show us show you live!

The project, which was created in the Czech Republic, has successfully been implemented in Austria, Slovakia, Poland and Romania

The CBRE Meeting Room of the Year project (www.zasedackaroku.cz), which evaluates the best offices in the Czech Republic, is entering its fourth year. This year’s focus will be on Human Resources and students, who are most affected by the future of office space. There are also the two new categories, the “Small Office”, which evaluate offices of up to 50 employees and 500 m2 and the category “Architectural Design”, in which ČVUT students will also take part under the patronage of Eva Jiričná. Companies can register for the project till 31st October, 2017.

The time has changed considerably and innovative offices have become a benefit and a place for employees to work comfortably. We decided to focus on the personnel who would have a good office environment in this year’s competition, and the related employee satisfaction to participate, as well as to the students who will meet, share and collaborate with each other in the offices.

This year’s participants can compete in the following nine categories in the CBRE Meeting Room of The Year Project: Meeting Room of the Year, the Office as the DNA of the Company, Most Attractive Work Environment, and Small Office, all judged by an expert jury. The other categories are the Future-proof and Innovative Offices, whose professional guarantor is Skanska, the Healthy Office, whose expert guarantor is the Czech Green Building Council, Clever Collaboration, which is supported by Microsoft and Architectural Design, whose professional guarantor is ČVUT and will be co-evaluated by Chairperson Eva Jiřičná. And the last category is the Public Prize, in which the general public votes for the best offices. 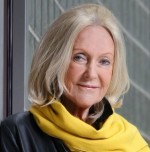 Once again, I’m looking forward to seeing what this year’s Meeting room of the Year brings. Evaluating them is more complex from year to year because companies are really improving their work environment and the industry is rapidly moving forward. I’m curious how the contestants this year will surprise us.

said Eva Jiřičná, the world-renowned architect, which will be presiding over this year‘s jury
„

In addition to Eva Jiričná, there are other prominent personalities in the jury like Marie Passburg, Biljana Weber, Richard Curran, Tomas Jindrisk, Pavel Maurer and Jiří Tourek.

Companies with inspirational workplaces can register until October 31, 2017 in the fourth-annual CBRE Meeting Room of the Year project. The finalists will be announced in November 2017 and the awards ceremony will be held in February 2018 for the winners.

339 companies have joined the competition in participating countries since 2014, when the competition originated in the Czech Republic (www.zasedackaroku.cz). In Slovakia the project is called “Office of the Year” (www.officeroka.sk), in Austria "CBRE Office of the Year Award“ (www.awards.cbre.at),” “The Most Office" (www.themostoffice.ro) in Romania, and “Office Superstar” in Poland. Among the winners of previous years are companies such as Google, IBM Slovakia, ARKON, Expedia, Automic Software, Ernst & Young, Erste Group Bank, GSK - Glaxo Smithkline Pharma, DOKA, Mars Austria, IN-SPIRO, Ogilvy & Mather, JetBrains, LIKO-S, Etnerera and Paper Hub.

The fourth-annual CBRE Meeting Room of the Year is here! Show us show you live!