The e-commerce sector is a current driver of demand for warehouse space in the Czech Republic. In 2014, the area of newly leased premises to e-commerce amounted to almost one-third (27%) of take up and the amount of warehouse space leased in the second half of the year tripled. Demand from internet retailers accounted for 223,000 sq m of newly leased premises. The highest impact on industrial real estate take up was e-commerce retailers with a larger share than traditional retailers. This is in part due to internet retailers requiring larger leased premises when dealing with a similar quantity of goods. 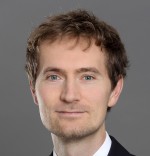 “The essential features of a successful internet retailer warehouse is proximity to the customer and the shortest delivery times possible. In addition there is an increasing demand on the number of employees when compared to traditional warehouse storage. It’s no surprise then that 89% of the demand of internet retailers are in logistic parks in the immediate vicinity of Prague. The remainder of demand is in Brno, Ostrava and Plzen.”

The largest warehouse areas leased by Internet retailers in 2014

For foreign Internet retailers leasing warehouse space in the Czech Republic for servicing Western markets an important factor is the advantageous position of the Czech Republic as well as the lower operating costs and sufficiently large labour market. Therefore, these retailers are a driving force for the majority of locations around Prague and Plzen, with Panattoni Park Prague Airport, Prologis Park Prague Jirny and Úžice and CTPark Bor benefitting the most.

Why do Internet retailers need more space than traditional retailers ones?

The range of products in e-shops is much larger than in traditional shops. At the same time individual items in stock must be freely and rapidly available in order to fill orders as quickly as possible. This impacts on the storing of goods, where storing them in pallets on high racks is not as efficient as storing them on lower shelves.

“This will reduce the quantity of the products stored on one square metre and therefore the density of the storage is reduced. There is a need to set up areas for services connected with filling particular shipments for customers, directly in distribution centres, thus placing additional demands on the size of the area under lease. Most Internet retailers allow customers to return goods, which in turn puts requirements on a bigger area, allowing them to handle the returned goods and place them back onto the shelves,” adds Michal Bezděka on the specifics of warehouse space of internet retailers.