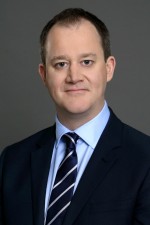 CBRE has had a long-term involvement in the Waltrovka scheme, having worked with a number of the projects’ major tenants.  This knowledge meant that we were ideally placed to advise GLL and their Korean investors on the rationale for such a major investment, which is the largest office investment transaction in the CEE region by Korean investors.

The Waltrovka office complex, consisting of the Aviatica, Dynamica, Mechanica I and II and Walter buildings, was completed between 2015 and 2018. The buildings are leased to a broad range of sector diverse tenants including Johnson & Johnson, Oracle, Sberbank, Strabag, Amrest, and Astra Zeneca. The project has received several national and international real estate awards, including the CEE Quality Awards for the best development project in Central and Eastern Europe in 2016.

CBRE has been involved in this scheme from its inception, working on the very first leasing transaction – Oracle - and also acting for tenants such as Johnson & Johnson. The CBRE Building Consultancy team have also managed major fit out projects in the park. They were responsible for overseeing the construction of the Mechanica building and all fit outs for Johnson & Johnson, the sole tenant of Mechanica I.